Glenn is a sculptor working from his studio situated on the Welsh borders near Hay-on-Wye. He works predominantly in stone using traditional carving techniques, but employing other mediums when appropriate or suitable for the idea and subject matter.

Glenn is a member of the Welsh sculptors’ group Sculpture Cymru and also the artist’s collective, ‘Vulgar Earth’ – a recently formed group of artists whose work is driven by the human relationship with the environment.

As a professional sculptor with a keen and active interest in the environment, my work is informed by and concerned with the human relationship with time and the natural environment.

I have spent extended periods of time in the Arctic, travelling and living with the Inuit of Northern Greenland and Arctic Canada. I was also the leader and organiser of the ‘Arctic Voice’ project – an initiative that linked communities throughout the Arctic regions with schools in the UK. This involved an unsupported journey by canoe, kayak and dog sledge of over 3,000 miles. My interest and concern for the environment stems from my work in these regions, when I interviewed Inuit elders and scientists, as part of the Arctic Voice Project.

The times spent in the Arctic have had a profound effect on me and how I view our world and society. I have become acutely aware of the fragility of life and the environment and the tenuous path that humans follow through life. As a result, my work is both inspired and informed by the combination of beauty and harshness of the environment in the far north but perhaps, more importantly, by our relationship and response to the loss of things that possess beauty in any form.

I work predominantly in stone and mixed media using traditional carving techniques to create forms that at first sight appear abstract but are often based on very real encounters in the Arctic, or are informed by my environmental concerns. The forms and works tend to follow two or three lines of exploration: the sensual and feminine, the masculine, industrial form and more objective comments on things environmental. 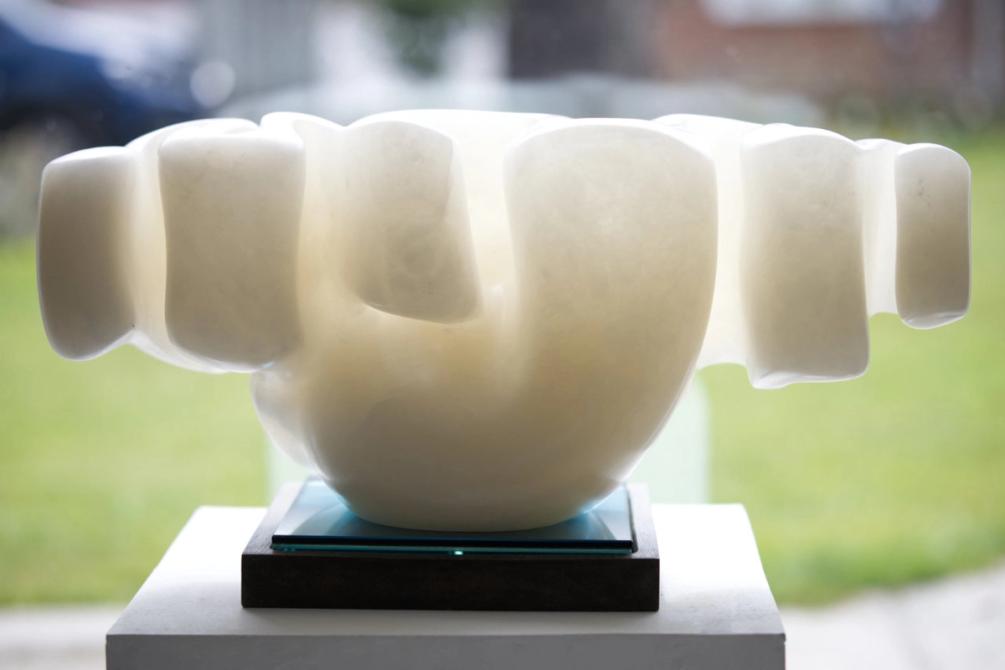